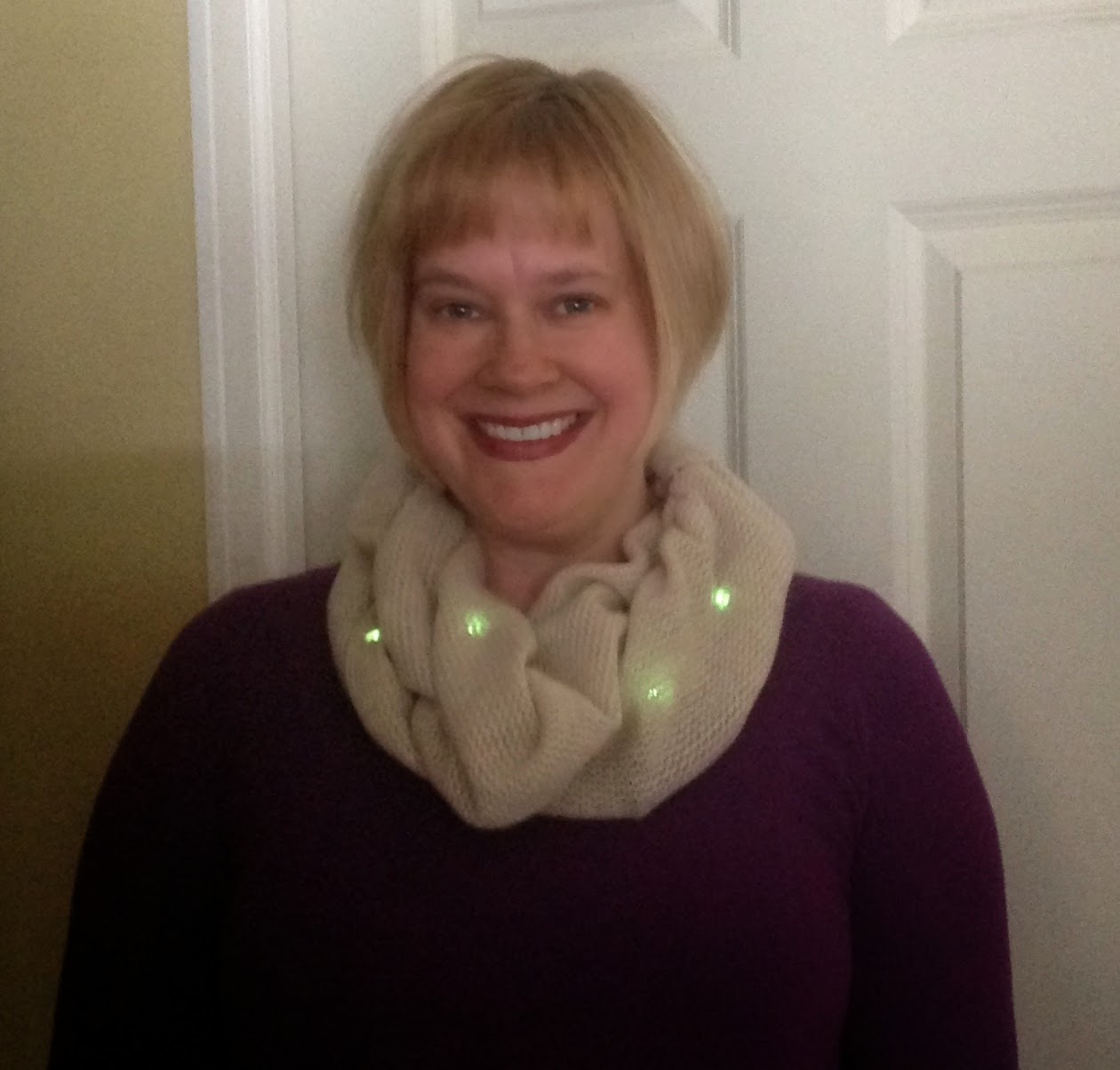 I've been comparing and contrasting my LilyPad Arduino to the Adafruit Flora.  Using the Chameleon Scarf tutorial (and code) from the Adafruit website, I have created my first eTextile made with Flora.  This scarf has a color sensor and neopixel LEDs that change color, based upon what is placed in front of the sensor.

Although I did not write any of the code for this project (which feels like cheating), I learned how to use a new feature of my sewing machine, how to add Arduino libraries, and the advantages of using Adafruit conductive thread, rather than cheaper thread. 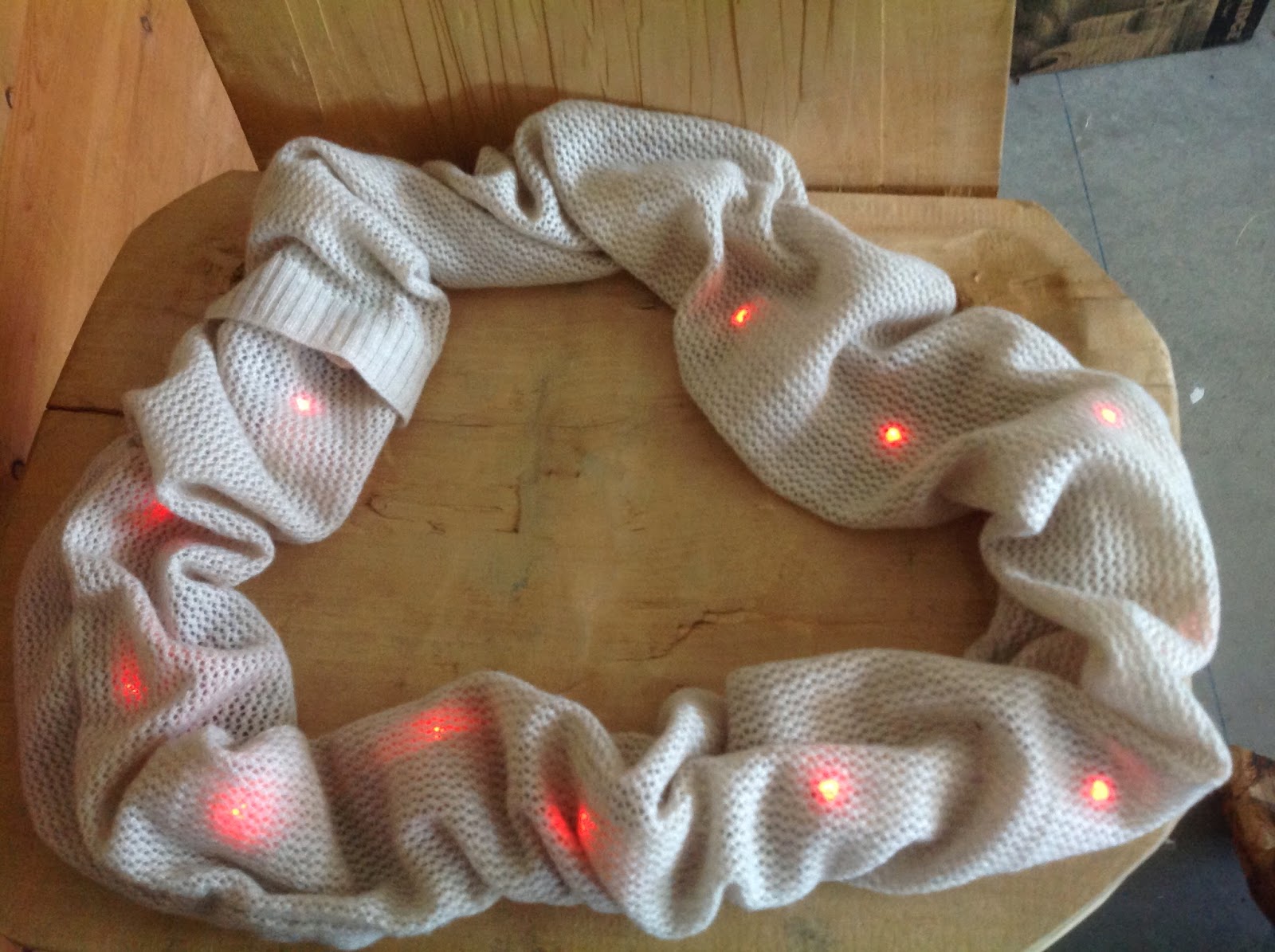 To get started, I bought an inexpensive cashmere scarf and sewed it in half to create the tube you see here. Using a special foot on my sewing machine that zig-zags over a cord, I was able to gather the tube into ruffles and quickly sew my power and ground lines.

The trickiest part of this project was making sure that my computer had the correct Arduino libraries added.

While sewing the circuit together, I discovered that Adafruit thread is stronger, shinier, and much easier to work with than the Spark Fun thread!  I will never go back! 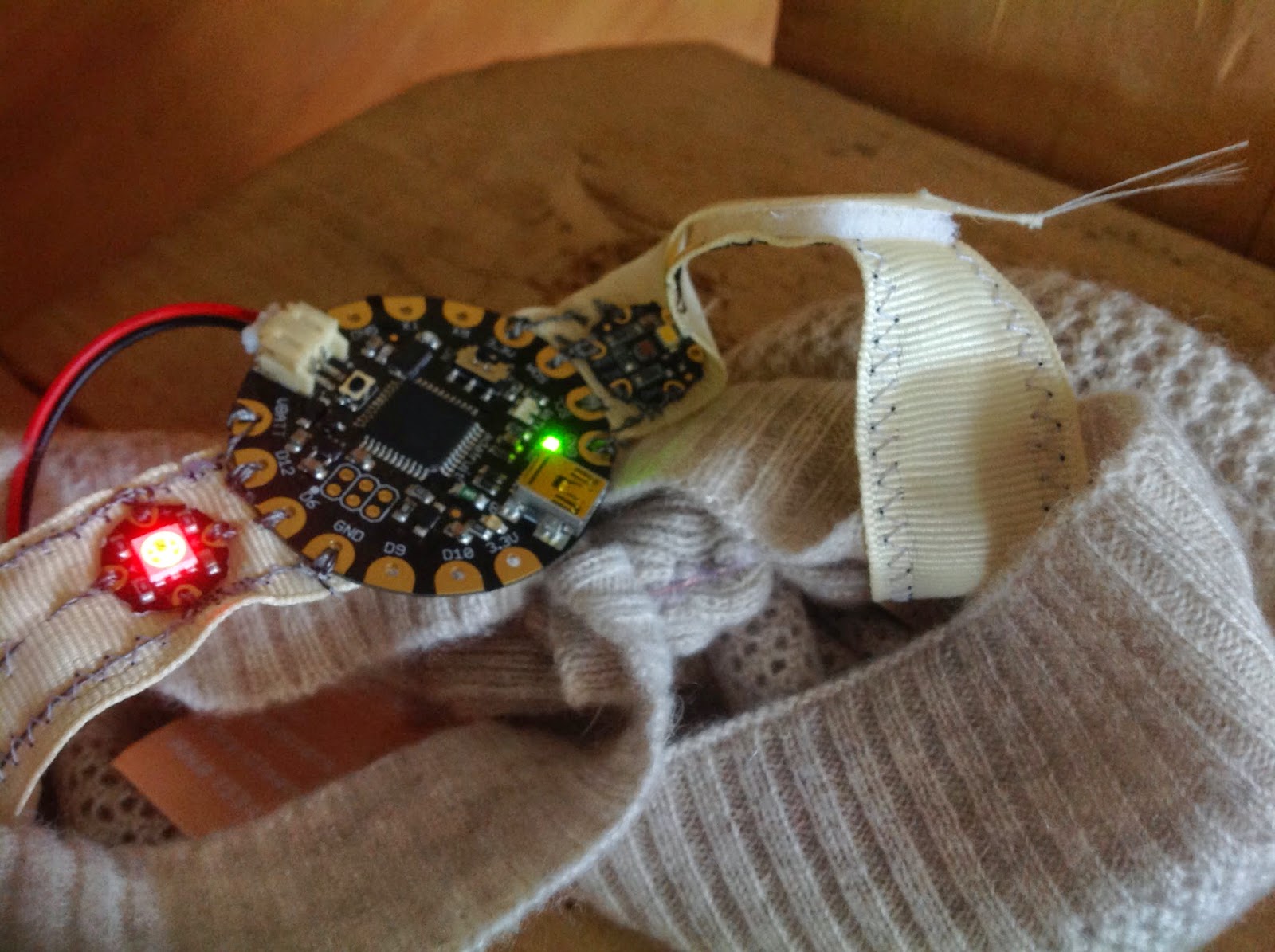 Rather than sewing the ribbon into a circle, I used Velcro, making it easier to remove the ribbon and LEDs from inside the scarf.

I enjoy the process of coding with a LilyPad, but I really like the way that a Flora doesn't require as many pins to create something truly inspiring; I have concluded that I am a fan of neopixel LEDs and the Flora Color Sensor.  I am eager to learn how to write my own code using Flora and its many sensors.