In a previous post, I started exploring the Light Blue Bean, also referred to as the Arduino Bean.  I had little difficulty getting it set up on my PC, and I was excited to try to my first real project, but I made a serious miscalculation by jumping right into a project without prototyping first (something that would have been easier to do with more than one Bean).  As a result, I ended up making a soldering error that caused the Bean to stop connecting to the power pin.  After several hours of playing around, taking things apart, and re-soldering did not solve my problem, I suspected that I'd damaged the gadget beyond repair. 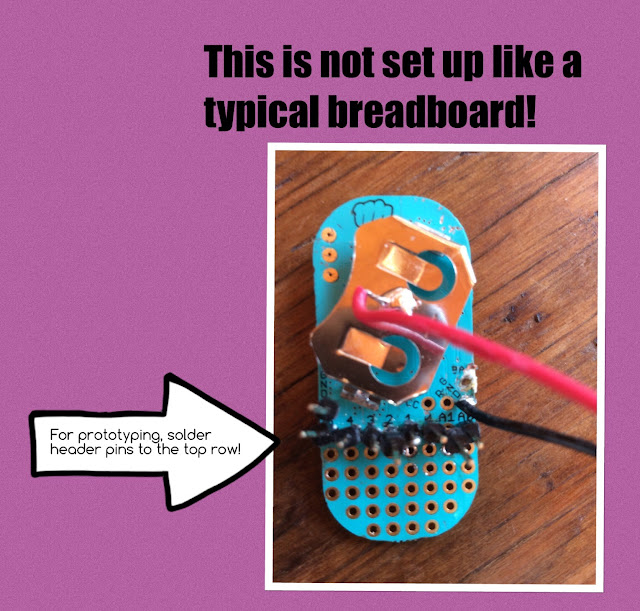 Another error that I made, when attempting to solder header pins to my Bean (an idea that I took from Lucie's post), was making an assumption that Beans work in the same way as a typical bread board.  I mistakenly thought that all of the pins in column 1, for example, could be programmed in the same way as the first pin in that column. Since all of the holes in the first row of my Bean already had solder in them from my first project, I figured I'd just move down a row and start over. This did not work!  Only the first pins in each column are directly programmable via Arduino or an iOS device via the Bean Loader or the Tickle app.

To make a long story short, +Craig Lyndes identified and repaired my power issue and encouraged me to try prototyping again, this time moving my header pins from the second to the top row!  I am happy to report that I've got my Bean working again!

Now, I am able to make LEDs blink on demand from a PC, iPad, or iPhone, and I have a working Bean to use exclusively for prototyping.  Although I will need to buy an additional one for a future project, I have learned a lot from this process!  Thanks +Lucie deLaBruere and Craig.

Lanterns for the River of Light Parade 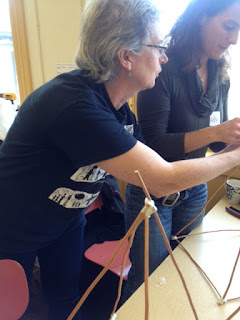 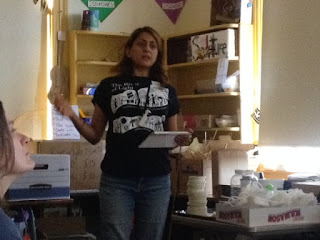 Today I attended a lantern building workshop at Thatcher Brook Primary School, taught by +MK Monley and +gowri savoor. These brilliant educators are in the midst of preparing for the 6th annual River of Lights parade, which will be held in Waterbury on Saturday, 5 December.

MK invited me to attend this workshop after we collaborated to teach some of her third and fourth grade students basic paper circuitry, which they will be integrating into their own bug-inspired lantern projects later this month.

Having the opportunity to create my own bug lantern, and hearing about some of the various ways that they are constructed and illuminated around the world, was incredibly fun! We started out by taping willow branches into square-based pyramids.  After designing them (I was inspired by ladybugs) we glued coffee filters to outside, for the light to shine through. 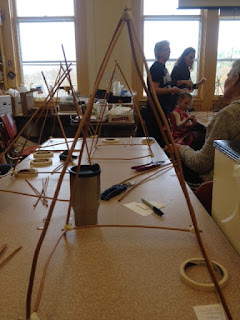 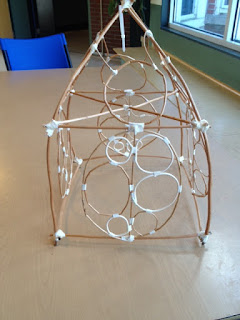 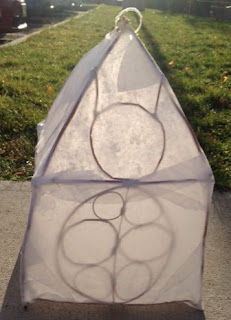 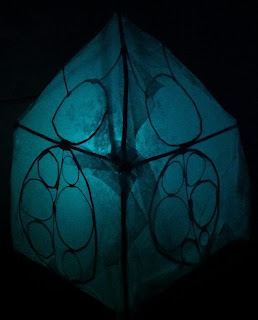 Please check out the official River of Light site to learn more, or enjoy this video from 2012's parade.

Posted by Jill Dawson at 5:44 PM No comments:

How to Solder Surface Mounted LEDs in Paper Circuits 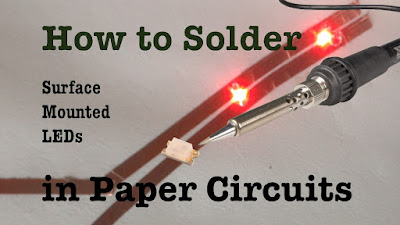 The video below is cross-posted with BlingtheBook.blogspot.com.

Posted by Jill Dawson at 6:04 PM No comments:

I'm gearing up for another Green Screen workshop at RETN, so I thought I'd share this updated job aid.   Do Ink Green Screen Job Aid (Revised 2 Mar 2016) 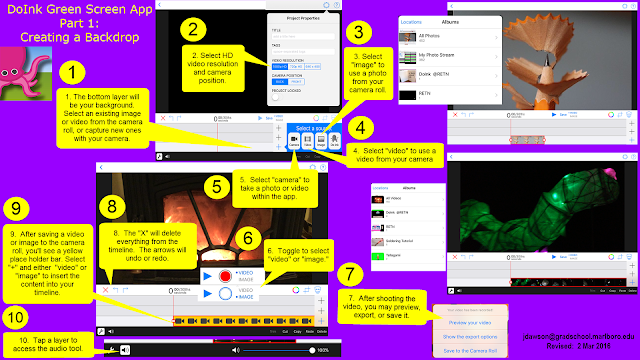 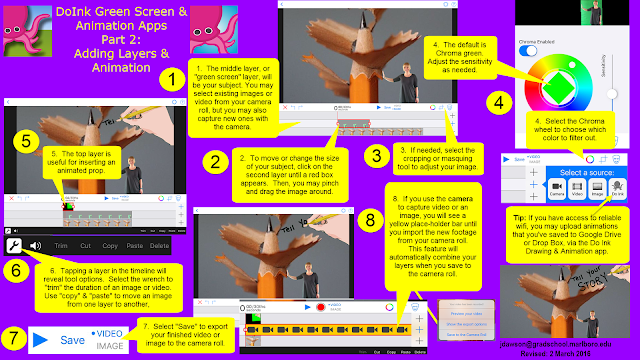 Posted by Jill Dawson at 9:51 AM No comments: