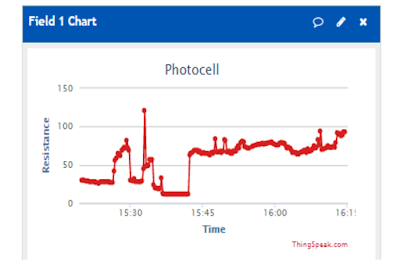 Posted by Jill Dawson at 5:18 PM No comments:

Triggering a Rickroll on a Photon with a QR Code (#IoT)

Over the past couple of days, there has been a lot of news circulating about security issues present in gadgets connected to the Internet of Things.  Keeping that in mind, I'm cautiously continuing my experimentation with the Photon, trying to be mindful of the fact that there are privacy risks involved in transforming ordinary objects into smart objects.

Thinking about ways that music might contribute to the creation of an interactive book that I'm going to be creating, I started tinkering with the code from Spark Fun's Music Time tutorial that plays Rick Astley's song "Never Going to Give You Up."  I tweaked the code by creating a new Particle function that only plays the music when the function is triggered by a web call.  I used the Maker Channel on If Then Than That to trigger it and linked it to a QR code (see previous post).

Even though electronic buzzer music can be a little annoying, I'm thinking that it would be interesting if QR codes embedded into a book could trigger different tunes or sound effects to help advance a narrative. 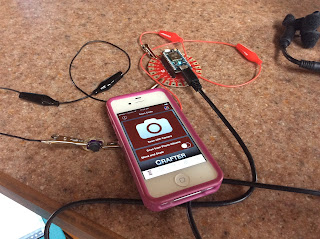 Triggering a Photon Servo with a QR Code (#IoT)


In my last post, I got a servo running on a Photon by using web requests sent from Node.js and Twitter. After getting to that point, I wondered how I might automate the process so that someone else could trigger my servo, if I were to integrate one into a wifi-connected book.  Today, I had an idea that this might be achieved by creating a QR code.  I wasn't sure whether this was possible until I came across a blog by Trevor Fox. While his post was related to a completely different (albeit clever) use of the QR code, I noticed that he was using If Then Than That (IFTTT) like I was, when I created my web request for Twitter.  This prompted me to do some experimenting which ended up working!

The last time I played with my servo, I created a recipe that paired Twitter with an "Action" on the Maker Channel.  The "Action" was a web POST.  When paired with the hashtag #servo, it triggered a Particle function that made the servo move.  This time, I needed to create a "Trigger" to receive a web request.

The "Trigger" became a unique URL that I could then paste into a QR code generator to produce a QR code. 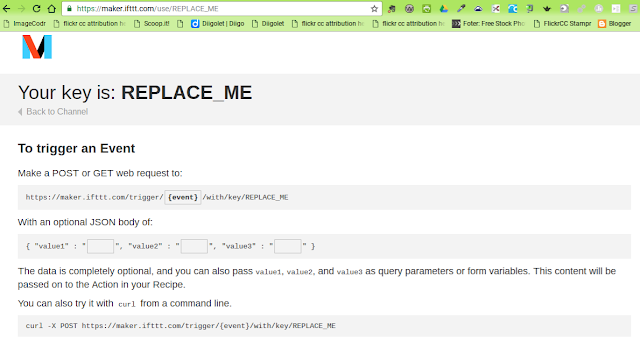 After making a new recipe on IFTTT that used the "Trigger" to call the "Action," I was able to control the servo by scanning the QR code.

To learn more, visit "How to Trigger Events" on the Maker Channel page.

WARNING:  Using a QR could become a security issue, if someone really wanted to try to figure out your IFTTT key.
Posted by Jill Dawson at 9:08 PM No comments:


I'm continuing my exploration of the Photon today and am happy to report a couple new things that I've learned.  My initial goal was to get a servo up and running and to control it via Twitter.

Thanks to some open source code from MIT, shared on the Spark Fun website, I was able to get my servo to run at an established time and date, which is pretty cool!  The code that I'm using was designed to have a servo tip fish food into a tank at a certain point in time, but an additional Particle function in the code also allows the servo to be moved via a web request.
Although I was able to quickly get the servo to work by calling the function in the command line that I set up using Node.js, creating the web request was a little trickier.  In order to call the function on If Then Then That (IFTTT), I had to provide the device ID and authentication code for my Photon, as well as a unique URL linking to Particle.  This took a while to figure out, but it's working now.  I just have to remember to refresh my recipe in ITFFF whenever I change the code in the Particle app.

In any case, I am trying to imagine how I might embed a tiny servo into a book to help advance a narrative. It would have to be smaller than the one I'm using now.  Off the top of my head, I can imagine a servo powering a tiny propeller in a steampunk book.  Now, I need to figure out a way to allow the servo to be triggered by someone other than me.  I'm not yet sure how to automate that, but I'll keep taking baby steps until I figure it out.
Posted by Jill Dawson at 4:39 PM No comments: 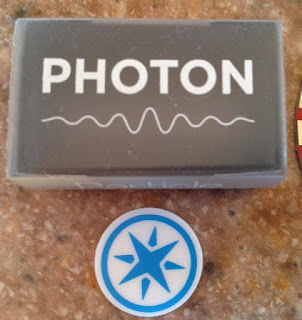 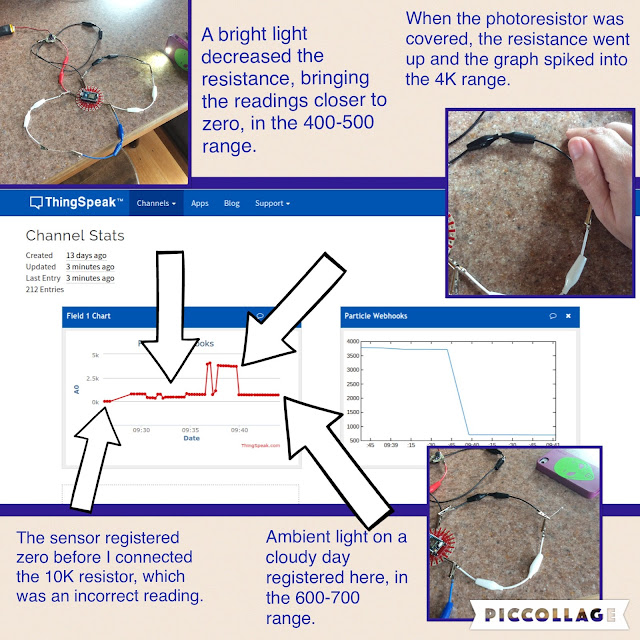 Posted by Jill Dawson at 1:38 PM No comments: